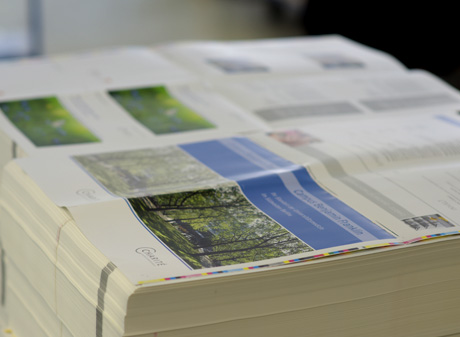 Prof. Dr. Karl Max Einhäupl led Charité – Universitätsmedizin Berlin for a period of eleven years. He is succeeded by Prof. Dr. Heyo K. Kroemer, who was appointed Charité’s new Chief Executive Officer on 1 September. A pharmacologist by trade, Prof. Kroemer joins Charité from the University of Göttingen’s Medical Center, where he held the positions of Dean and Chairman of the Managing Board. At the official ceremony to mark the handover, representatives from Charité were joined by Berlin’s Governing Mayor, Michael Müller, to welcome the event’s more than 180 invited guests.

In his speech, Michael Müller paid tribute to Prof. Einhäupl and his 11 successful years at the helm of Charité – Universitätsmedizin Berlin: “Prof. Einhäupl produced fantastic results across all of Charité’s campuses and disciplines, turning Charité into the outstanding center of research, teaching and medical care it is today. Budgetary consolidation certainly counts as one of his major achievements at Charité. However, he was even more instrumental in enhancing Charité’s international visibility and assisting in the development of successful partnerships such as the Berlin Institute of Health, the Berlin University Alliance and the Oxford-Berlin Research Partnership. Similarly remarkable was his personal commitment to the modernization of the ‘Bettenhaus’ ward building, Charité’s largest construction project over the past few decades. We owe him a huge debt of gratitude and I wish him all the very best for the future!”

Michael Müller continued: “Prof. Kroemer’s appointment as Prof. Einhäupl’s successor means that we have once again succeeded in securing the best possible candidate for this demanding position. I am delighted, both for Charité and for Berlin, that he is now taking over as Charité’s Chief Executive Officer. As one of the most distinguished science management specialists, he brings with him a unique set of skills and experience. This will enable him to work with Charité’s members of staff and students to maintain the organization’s current successful course, in addition to producing new ideas and momentum for the pursuit of outstanding research and cutting-edge medical care. Key requirements in this regard will be the implementation of the ‘Gesundheitsstadt Berlin’ (Berlin as health capital) initiative and the further development of Charité’s campuses. We wish him every success in these endeavors!”

Commenting on his move to Charité, Prof. Kroemer said: “As one of the largest university hospitals in Europe, Charité stands for outstanding quality in the fields of research, teaching and medical care. The prospect of leading this internationally renowned institution is both extremely appealing and challenging.” Prof. Kroemer regards it as his responsibility “to shape and further develop the enormous potential both Charité and Berlin have to offer within the medical and research environments, and to do so by working with both Charité’s members of staff and the region’s relevant stakeholders.” Praising his predecessor’s achievements, the new Chief Executive Officer said: “Prof. Einhäupl’s achievements at Charité are both great and varied. It is thanks to his strong leadership that Charité – Universitätsmedizin Berlin enjoys an outstanding reputation in the fields of research and patient care, and its medical training is held in such high regard internationally.”

Thanking everyone for their kind words, Prof. Einhäupl remarked: “Budgetary consolidation was certainly an important achievement. But a much greater achievement, in my opinion, was the successful revival of the Charité brand.” Prof. Einhäupl went on to congratulate his successor on his appointment: “Ensuring that an institution as prominent and important as Charité continues to evolve requires the regular injection of fresh incentives and new ideas, as well as the creation of new networks. I am delighted to be able to leave Charité in Prof. Kroemer’s capable hands. His task won’t be an easy one – nobody knows this better than I. However, I have every confidence that he will succeed in further increasing Charité’s research visibility, intensifying its digital transformation, and enhancing its international profile and reach as a brand. We have had many positive discussions and exchanges over the past few months and will be able to ensure a smooth transition. I wish Prof. Kroemer and Charité every success in the future!”

Prof. Dr. Heyo K. Kroemer
A pharmacologist by trade, Prof. Kroemer was born in 1960 in the Eastern Friesland area of Germany, Prof. Kroemer trained as a pharmacologist. From 2000 to 2012, he was Dean of the Medical School at the institution now known as the University of Greifswald. In 2011, he was appointed Scientific Director of Universitätsmedizin Greifswald. After joining the Board in 2007, Prof. Kroemer became President of the German Association of Medical Faculties (MFT) in 2012, a position he held until 2019. During this time, he was both Dean and Chairman of the Board of the University of Göttingen Medical Center. Prof. Kroemer was appointed Charité’s Chief Executive Officer on 1 September 2019.

Prof. Dr. Karl Max Einhäupl
Born in Munich in 1947, Prof. Einhäupl joined Humboldt-Universität zu Berlin in 1992, having been appointed both Professor of Neurology and Head of the Department of Neurology. In 2006, he became Medical Director of the Charité Center for Neurology, Neurosurgery and Psychiatry. Between 2001 and 2006, Prof. Einhäupl also held the position of President of the German Council of Science and Humanities. He was appointed Charité’s Chief Executive Officer in 2008.

Charité – Universitätsmedizin Berlin
Charité – Universitätsmedizin Berlin is one of the largest university hospitals in Europe, with its approximately 100 departments and institutes spanning 4 separate campuses. The hospital offers a total of 3,001 beds and, in 2018, treated 152,693 in- and day case patients in addition to 692,900 outpatients. At Charité, the areas of research, teaching and medical care are closely interlinked. With approximately 18,000 members of staff working across the Charité group of companies, Charité – Universitätsmedizin Berlin is one of the largest employers in Berlin. In 2018, the organization recorded a turnover of more than €1.8 billion and secured more than €170.9 million in external funding – a new record for Charité. More than 7,500 students are currently enrolled on the Medical Faculty’s medicine and dentistry programs. Charité also offers 619 training positions across 9 different health care professions.